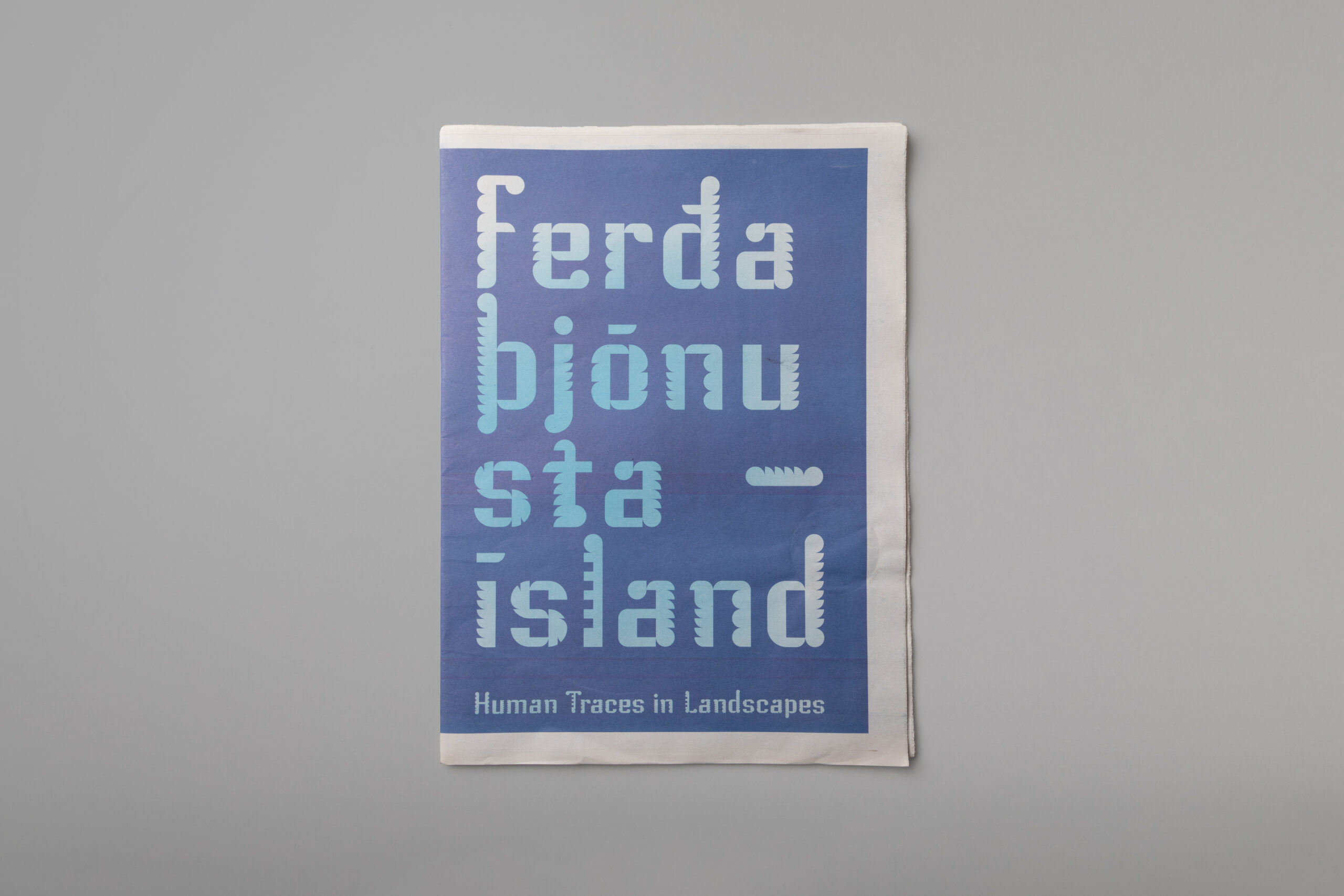 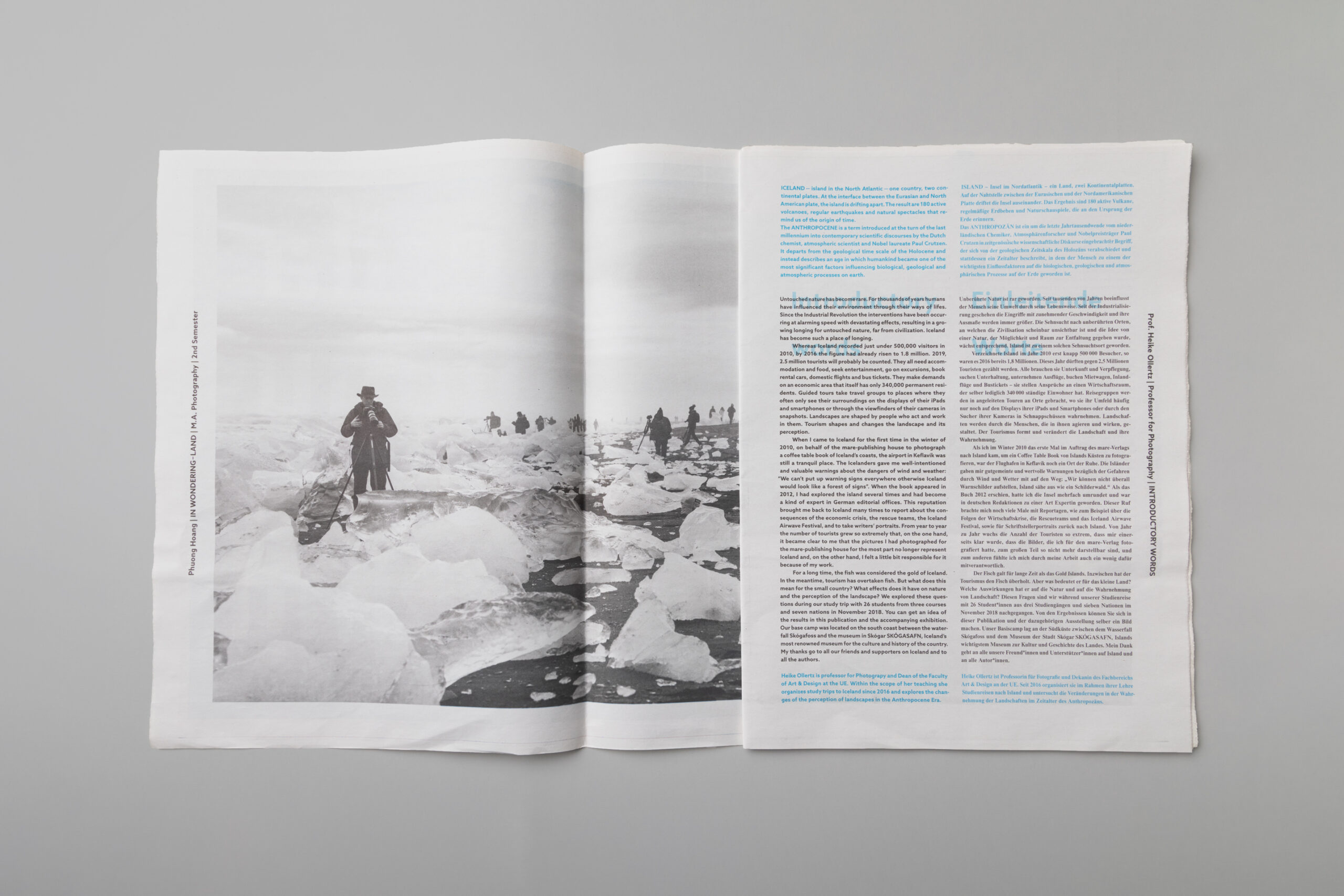 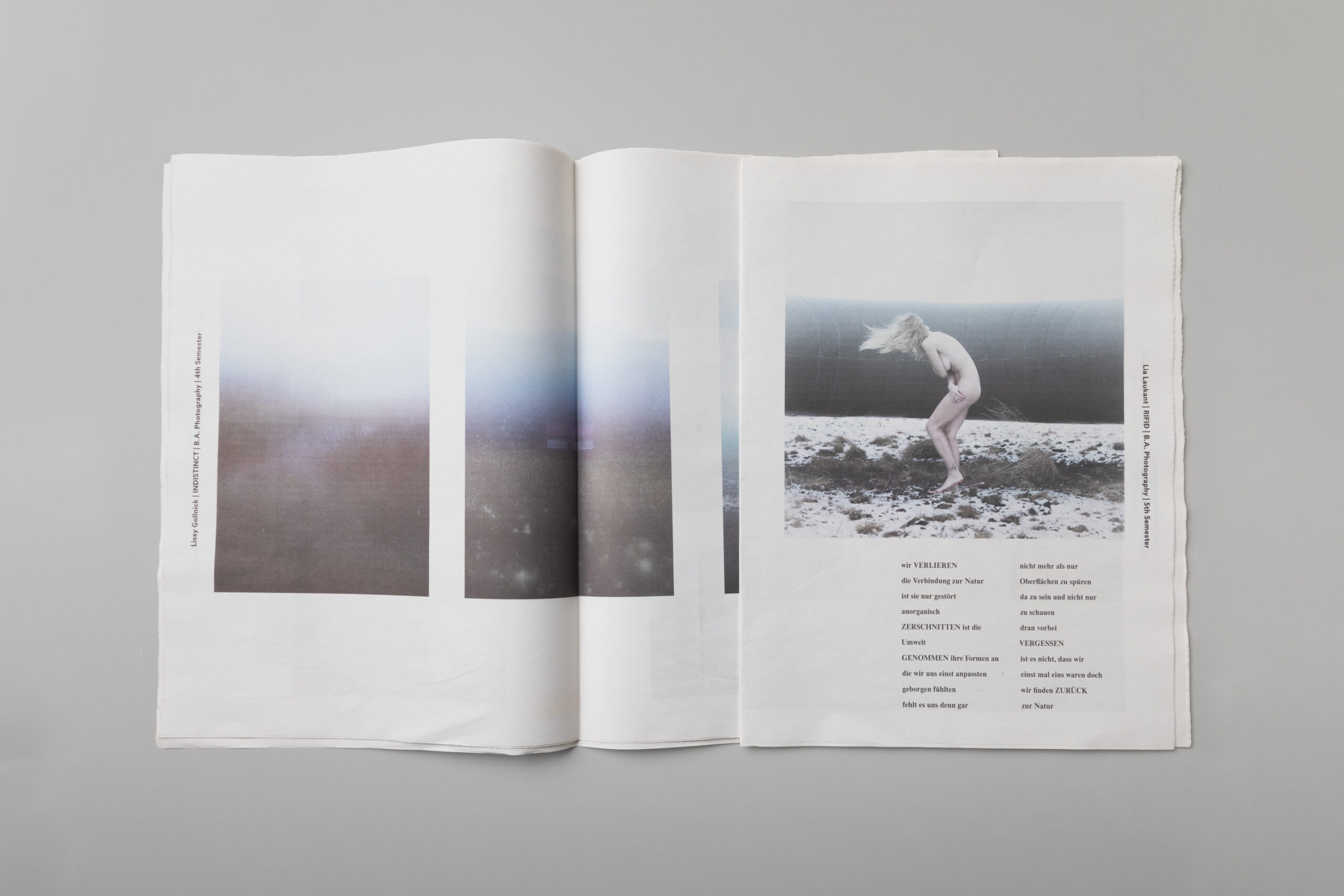 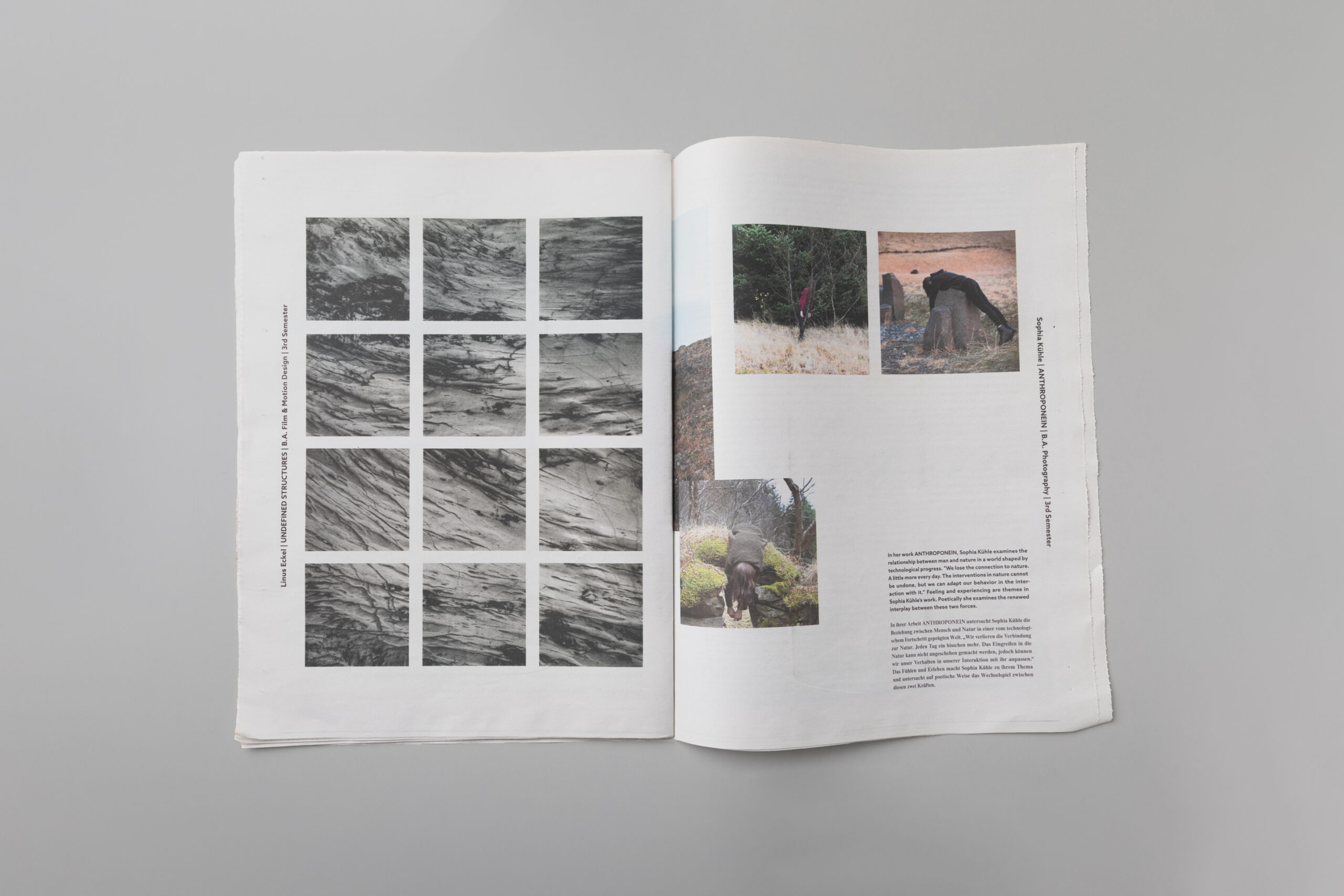 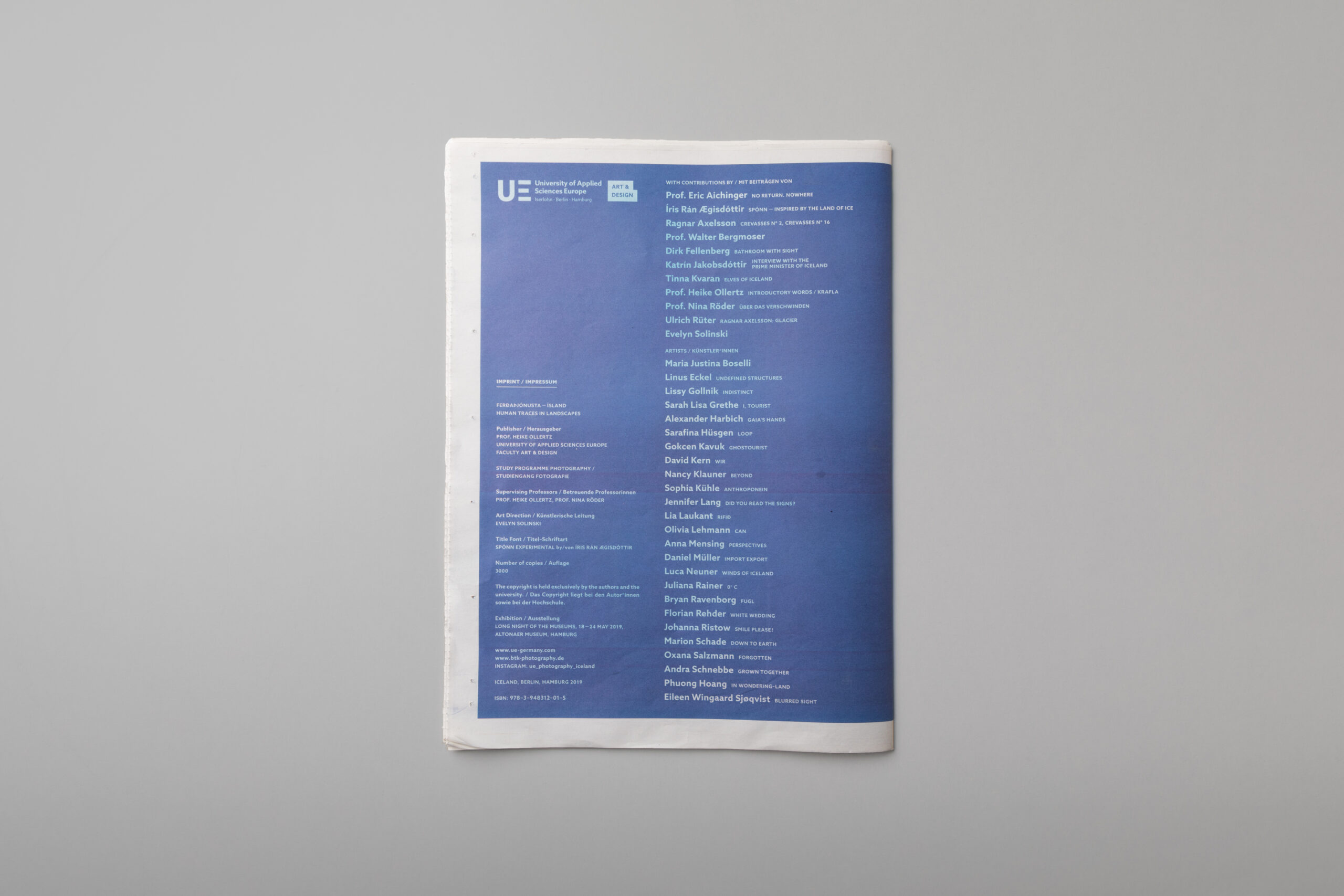 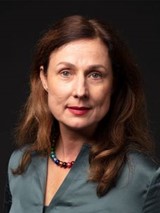 Prof. Ollertz is the current Dean of the Art & Design Faculty and the academic leader in Hamburg. Competencies held by Prof. Ollertz are in Editorial Photography, Documentary Photography, landscapes, Visual Communication and Experimental Media Design. As Dean of Art & Design, Prof. Ollertz leads the department in their virtual and physical exhibits, including this year’s Virtual Bachelor’s of Art Exhibition. Many traditionally physical activities have seen a change in the last two years and without skipping a beat, the UE Art & Design faculty created an Art Exhibition that featured their student works for all to see from wherever they were located, both in 2020 and 2021.

ICELAND – island in the North Atlantic – one country, two continental plates. At the interface between the Eurasian and North American plate, the island is drifting apart. The result are 180 active volcanoes, regular earthquakes and natural spectacles that remind us of the origin of time. The ANTHROPOCENE is a term introduced at the turn of the last millennium into contemporary scientific discourses by the Dutch chemist, atmospheric scientist and Nobel laureate Paul Crutzen. It departs from the geological time scale of the Holocene and instead describes an age in which humankind became one of the most significant factors influencing biological, geological and atmospheric processes on earth.
Untouched nature has become rare. For thousands ofyears humans have influenced their environment through their ways of lifes. Since the Industrial Revolution the interventions have been occurring at alarming speed with devastating effects, resulting in a growing longing for untouched nature, far from civilization. lceland has become such a place of longing. Whereas lceland recorded just under 500,000 visitors in 2010, by 2016 the figure had already risen to 1.8 million. 2019, 2.5 million tourists will probably be counted. They all need accommodation and food, seek entertainment, go on excursions, book rental cars, domestic flights and bus tickets. They make demands on an economic area that itself has only 340,000 permanent residents. Guided tours take travel groups to places where they often only see their surroundings on the displays of their iPads and smartphones or through the viewfinders of their cameras in snapshots. Landscapes are shaped by people who act and work in them. Tourism shapes and changes the landscape and its perception.
Students across campus and disciplines regularly go on field trips to Iceland. Last fall, participants focused thematically on changes in the perception of Iceland’s landscapes in the Anthropocene era. Tourism has greatly increased in Iceland and is changing the landscape and the country itself. Heike Ollertz, Professor of Photography in Hamburg and Dean of the Department of Art & Design, has been traveling to Iceland since 2010 – initially for mare Verlag, GEO, Lufthansa Magazine and other editorial offices – and says of the development: “For a long time, fish were considered Iceland’s gold. In the meantime, tourism has overtaken it. But what does tourism mean for this small country? What impact does it have on nature and on the perception of landscape?”
For the students, these questions, among others, were the basis for their examination of the geographical and cultural conditions. The publication presents the results of a research trip from the fall of 2018 and features, among others, media theorist Eric Aichinger, Iceland’s Prime Minister Katrín Jakóbsdóttir, Icelandic photographer Ragnar Axelsson, and elf expert Tina Kvaran.